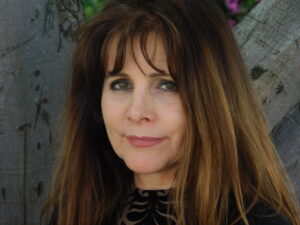 Lili is a long term resident of western Sydney. Over time, Lili has run successful businesses and understands that small business is the lifeline of our economy -especially in Penrith and nearby local areas. She also has experience working in the building industry.

Lili has always been committed to ethics in social issues around the conduct of business. She once instigated a defamation case against a Fairfax newspaper and made case law.

Lili fought the City of Sydney Council and its Lord Mayor, Clover Moore, who as the nemesis of small business destroyed the nightlife in the inner-city harming jobs in bars and restaurants – including Lili’s own business.  Lili has become a determined activist against the big-money/politics nexus that runs our country – especially in local governments.

Lili has been a long time member of the Australia First Party and has been a candidate for the party in other local government elections. Lili would embrace the opportunity to represent the East Ward and be of service to the local community as a fearless people’s advocate. 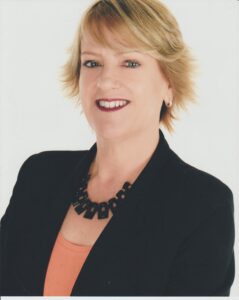 Michelle has been a resident of Penrith City for over twenty years. She is community-focused and served for thirteen years as the Chief Executive Officer of the Industrial Health and Research Foundation -Workers Health rehabilitation where she addressed issues such as workplace injury, returning workers to the workplace and compensation law.

Michelle was also a serving Board member on the Board of the B Miles Foundation who supports women living with a mental illness who are experiencing homelessness.

Michelle’s original political allegiance was to the Australian Labor Party where she was a member for some twenty plus years. Ultimately, she came to reject the ALP as a party that pushed self-interest, infighting and did not represent the interests of the community.

Michelle said: “Our candidacy will ensure a transparent balance to the local Council activities and a true voice for the families and workers of the Penrith area”. We differ significantly from our usual political opponents because our only loyalties are only to the people of Penrith. We have no alignment to multinationals or corporations or politically correct thinking”. We are interested only in providing for the interest of the local people and their needs – the tradies, small business and families”

Michelle is also a JP, local business investor and has lived locally for over 25 years.

1. Supports community resistance against developing Penrith as a third CBD for Greater Sydney

2. Opposes the construction of an Aerotropolis at the second airport at Badgerys Creek with Penrith overrun with foreign business and overseas students; that it is wrong on economic, security and cultural grounds.

3. Stands with all homeowners and residents who will suffer their property seized thanks to the Inland Rail line from Badgerys Creek to St.Marys.

4. Supports farmers who will have their livelihoods destroyed by the Aerotropolis and urbanisation of areas south of Penrith.

5. Stands with all environmentally conscious people to oppose sand mining and stone quarrying along the Nepean and Hawkesbury rivers and the unnecessary and dangerous raising of the walls at Warragamba Dam.

The election of Australia First in East Ward will bring to local politics an uncompromising voice in the defence of Australians and our country’s interest.