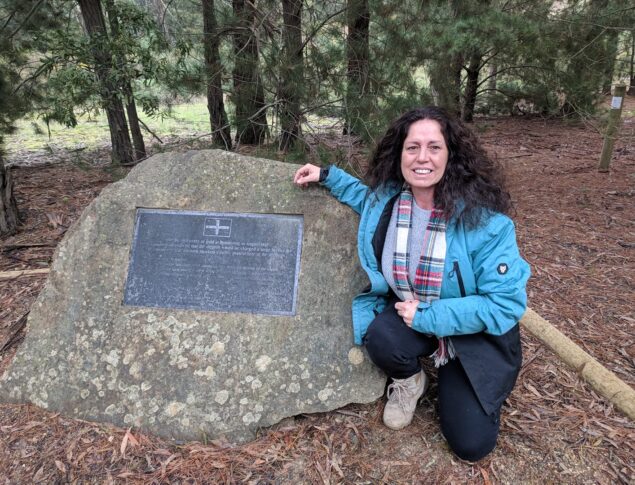 An Australia First candidate for the Victorian local council elections is seeking to defund LGBTQI events. Susan Jakobi is a candidate for the Ballarat City Council (South Ward). “I am the mother of three sons and as an Australian nationalist, I stand only for the best interests of Australians,” Jakobi states in her candidate statement on the Victorian Electoral Commission website. “We should not sit idle while Ballarat becomes a series of ethnic ghettos like Melbourne. Ballarat is under assault,” claims Jakobi, while going on to list her programmes. Jakobi says that if elected she will “refuse to work in partnership with any organisation that compromises our prosperity, heritage and cultural identity, such as overseas student programs that deprive Aussie youth of education, employment and affordable housing.” She then outlines her plan to “freeze all funding to any event which does not promote the best interest of the whole community – such as LGBTQI and multicultural events.” Star Observer emailed Jakobi for further clarification around her candidate statement. We will update this story once we receive a response. Other candidates from the South Ward expressed concern at Jakobi’s statements and emphasised that her views were not shared by the Ballarat electorate. Des Hudson, Ballarat councillor and Victoria Police youth resource officer, who was honoured with the Medal of the Order of Australia in 2019, said the VEC brochure had not arrived in his letterbox but he had seen a copy of it on Facebook. “The contents concern me greatly as in Ballarat we pride ourselves on being a welcoming and inclusive city for everyone regardless of age, gender, sexual orientation, ethnicity, demographic background etc,” Hudson told Star Observer. “They are certainly not views that I share.  Ultimately the voters of the South Ward will make the ultimate determination of their relevance.” Professor Bridget Aitchison, the Labor candidate for South Ward, emphasised that Ballarat supported diversity. “I support a council that is committed, as per its policies, to supporting diversity and multiculturalism. We must ensure Ballarat continues to be a rich and vibrant city that celebrates its diversity and understands the value that diversity brings to the city. Jakobi’s views are extreme and not shared by the vast majority of the population. I abhor any form of discrimination and support diversity in its many expressions – whether that be based on ethnicity, gender, sexual-orientation, or other – as the lifeblood of a thriving city.” Aithcison is one of the four other candidates from the South Ward, who have signed the Rainbow Pledge, promising to support and protect LGBTQI communities, if they are elected to the council. Victorian Pride Lobby Co-Convenor, Nevena Spirovska in a statement pointed out that the calls to a ban to funding for LGBTQI events would have a “detrimental effect” on local events like the Ballarat Frolic Festival. “Ballarat has the fifth highest percentage of LGBTQI people of any local government area in Victoria. Yet this candidate wants to ban events funding going to LGBTQI events. A ban on events funding for groups, like the Ballarat Frolic Festival, would breach the Equal Opportunity Act. What this candidate is proposing is basically illegal. All of this candidate’s statements are disturbing and appalling. This Australia First candidate will put Ballarat last.” said Spirovska. Jay Morrison, one of the three openly LGBTQI candidates for the Ballarat City Council (North Ward) and director of the Ballarat Frolic Festival, pointed out that Ballarat had voted “Yes” in support of same sex marriages in the 2017 national marriage equality vote. “Growing up in regional Victoria, I’ve seen how much has changed and how much the community has embraced diversity. Councils play an important leadership role on LGBTQI issues – whether that’s flying the rainbow flag or supporting local pride events like the Ballarat Frolic Festival that connect the community, bring tourists to our region and support our local businesses,” said Morrison. “Ballarat is home to a diverse LGBTQI community and there is no place in our city for hate or homophobia,” said Greens candidate for Ballarat City Council (South Ward) Jackson Snep. “Supporting and advocating for LGBTWI communities is something I take very seriously, and as a Greens-endorsed candidate and signatory to the Victorian Pride Lobby’s pledge, I believe our Council should strive to celebrate sexual and gender diversity by continuing to host and promote LGBTQI inclusive events like Frolic Festival. Council could play a critical role in the ongoing fight for equality, by advocating for human rights and working to end discrimination.” This is not the first time Jakobi or the Australia First party has been in the news for their views. In 2016, the Herald Sun had reported about Jakobi who was then contesting the elections from Lalor, sent an email  linked to an anonymous post that referred to Wyndham as an “ethnic sewage farm” full of “hordes of non-white refugees.” In the 2019 federal elections, Jakobi again contested as a candidate from Lalor for the Australia First party, where she promised to stop “plague level immigration and overpopulation chaos.” Jakobi was placed fifth in the 2019 Federal elections from the Lalor seat. She polled 4.4% of the first preference votes, an increase of 1.3% from the 2016 elections.
© Star Observer 2020 | For the latest in lesbian, gay, bisexual, transgender and intersex (LGBTI) news in Australia, be sure to visit starobserver.com.au daily. You can also read our latest magazines or Join us on our Facebook page and Twitter feed.